In September 2017 Longleaf Digital launched a special campaign for Rosh Hashana on behalf of Masbia Soup Kitchen Network. Masbia Soup Kitchen Network's emergency food programs serve over 2 million meals a year in two main categories; They serve roughly 100,000 hot, sit down dinners to clients at their restaurant like soup kitchens across NYC, and the rest in emergency care packages with the equivalent of 9 meals worth of groceries for every member of the family. The “Tzimmes” campaign of 2017 served as the culmination of a massive digital fundraising effort.

Longleaf’s involvement in this year’s Tzimmes campaign was full-ranged, with most of the heavy-lifting surrounding customized campaign landing pages that featured some tailored Nationbuilder templating logic. 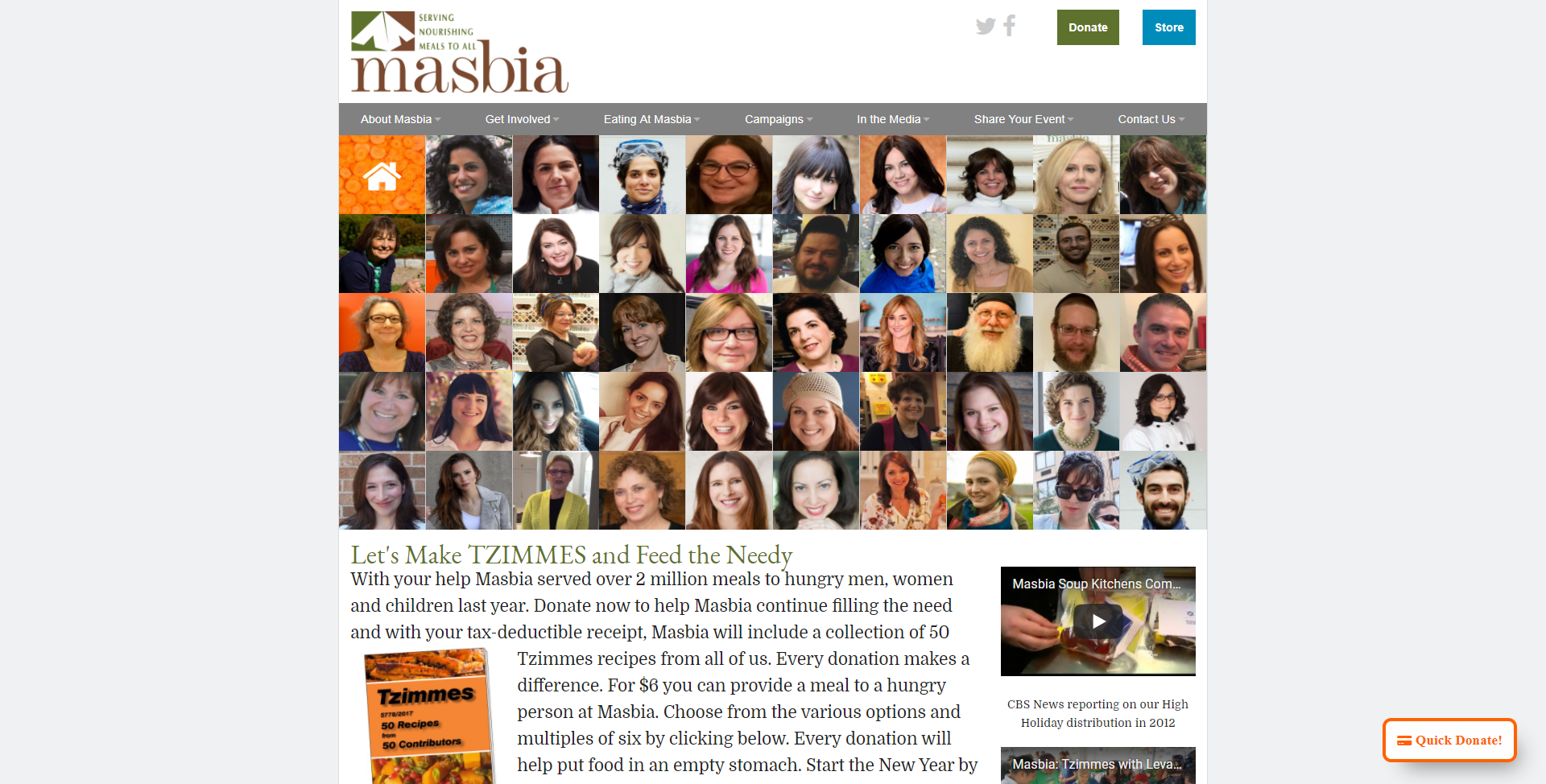 For starters all of the Tzimmes pages carry a different design scheme than other features of the Masbia.org site. Nationbuilder templating logic was used to house “campaign-level” style customizations within already existing HTML/CSS so extra coding wasn’t necessary. The campaign consisted of over 50 pages - using 3 different page types. 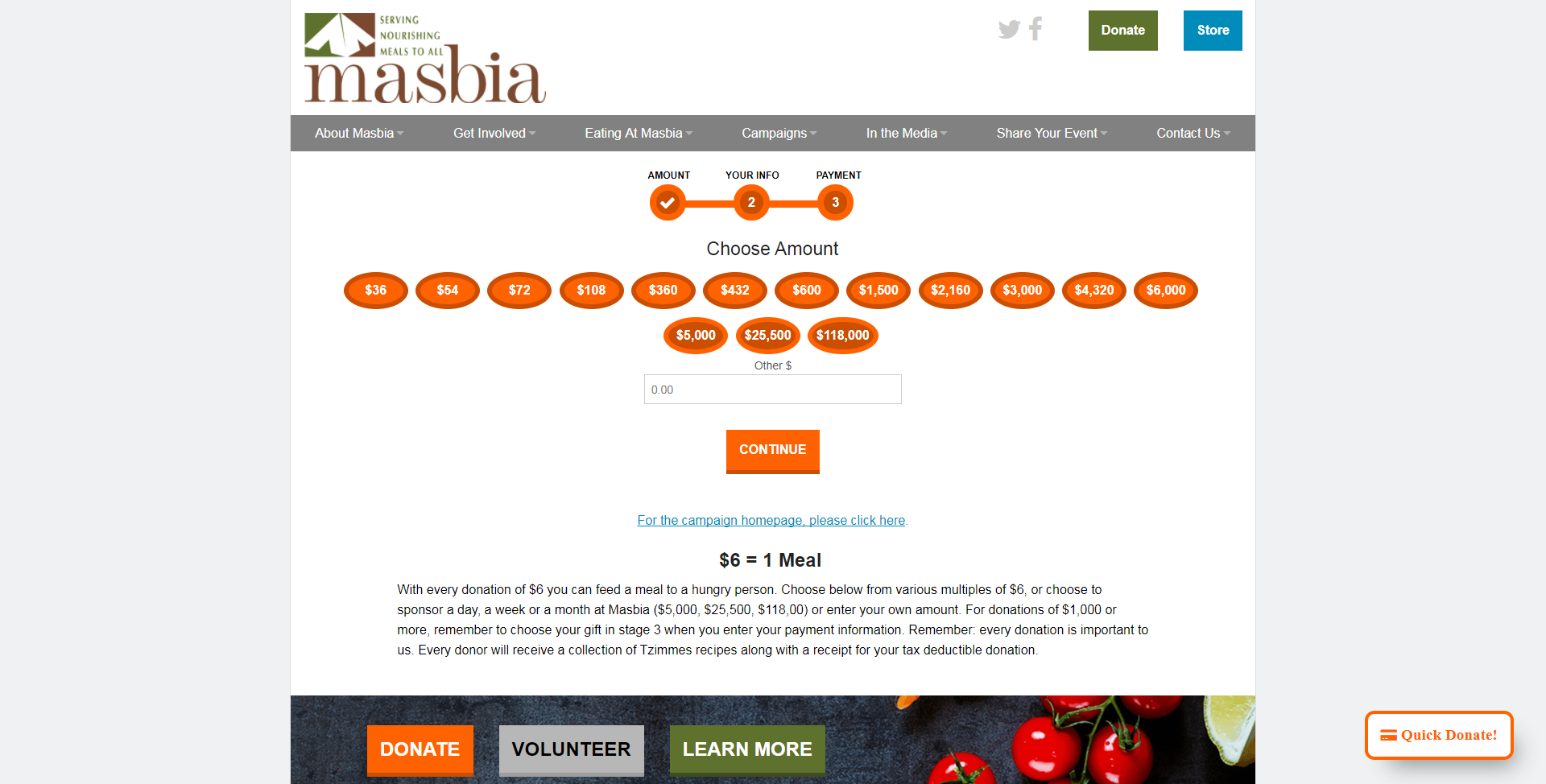 Another innovation this campaign featured was the attribution of donations to specific “sponsors” of the Soup Kitchen. If donors gave through a particular sponsor, that donation was tracked using some custom URL logic and passed through to the Nationbuilder CRM using custom fields. All of this was done automatically, without introducing extra fields to the donor. 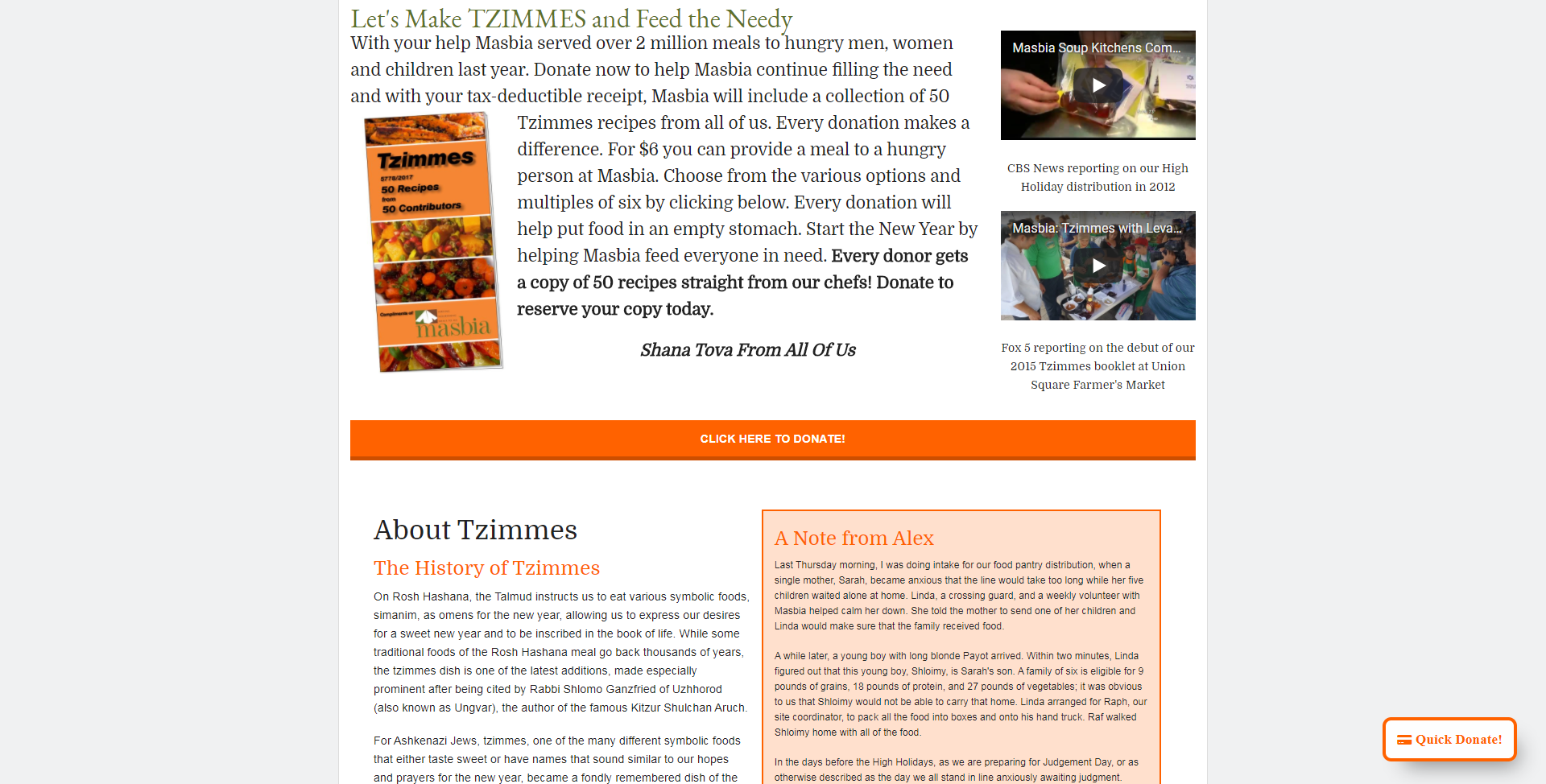 The campaign landing page showcases more of what type of custom HTML/CSS layouts are possible within a Nationbuilder Basic page housing. This campaign page was built out completely separate from other working pieces of the site - allowing full customization of the content displayed, as well as a fully responsive design focused on driving mobile donors to donate as easily as possible.